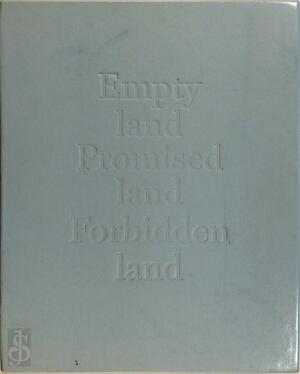 Special Edition. A special edition of the book 'Empty land, Promised land, Forbidden land' comprising a signed copy of the book and three c-prints, together in an handmade box. The color of the box is the same as the flyleafs in the book. The three prints are all separately numbered and signed and make a mini exhibition of Abkhazia's only prison Dranda. In Empty Land, Promised Land, Forbidden Land photographer Rob Hornstra and writer Arnold van Bruggen explore the unknown country Abkhazia on the Black Sea. Abkhazia broke away from Georgia after a short, violent civil war in '92-'93 and was recognised as independent in 2008 by Russia, Venezuela, Nicaragua and the atoll of Nauru. Hornstra and Van Bruggen spent the last four years travelling through the country, seeing how it is slowly trying to claw its way out of isolation. They visited the refugees in Georgia and described the attempts made by the Abkhazian government to repopulate the empty, war-ravaged country with new immigrants.