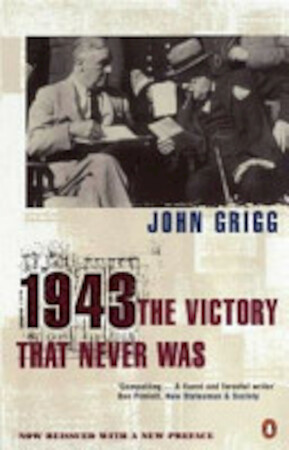 On 6 June 1944, D Day, Allied troops landed in France, opening the way to eventual history. In this controversial reappraisal of the course of World War II, John Grigg suggests that the Allied invasion could have been launched succesfully in 1943. Beginning with America's entry into the war, Grigg explores policy and grand military strategy, especially the Churchill-Roosevelt relationship. Most crucially he explores the politics of the decision to delay invasion until 1944 and its terrible repercussions.