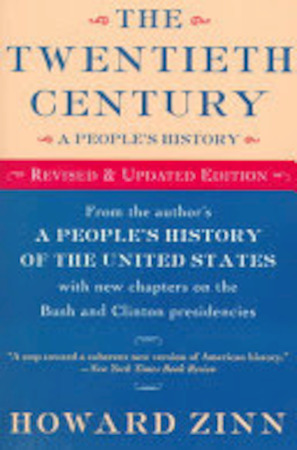 Based on the revised 1995 edition of Howard Zinn's landmark alternative history of America, A People's History of the United States, this revised and updated edition of The Twentieth Century (more than 40,000 copies sold) includes a new chapter on Clinton's first term and a new preface. Containing justthe Twentieth-century chapters from Howard Zinn's bestselling A People's History of the United States, this reissue is brought up-to-date with coverage of events and developments since the mid-1980s, analyzing such incidents in modern political history as the Gulf War, the post-Cold War peace divided, and the continuing debate over welfare. Highlighting not just the usual terms of presidential administrations and congressional activities, this book provides readers with a bottom-to-top perspective, giving voice to our nation's minorities and letting the stories of such groups as African American, women, Native Americans, and the laborers of all nationalities be told in their own words. Challenging traditional interpretations of U.S. history, The Twentieth Century is the book for readers interested in gaining a more realistic and complete picture of our world.