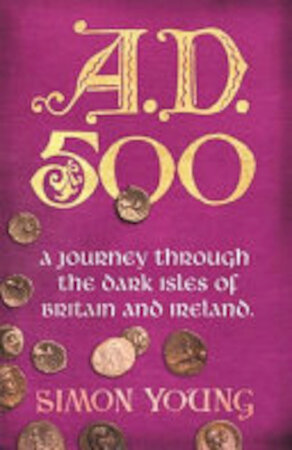 AD 500 is written as a practical survival guide for the use of civilised visitors to the barbaric islands of Britain and Ireland. It describes a journey which begins in Cornwall and continues through Wales and Ireland, then across to Scotland and eventually down to London and southern Britain.

The Romans have left, and the islands are now fought over by Irish, British Celts, Picts and Saxons. It is a dangerous world, full of tribal war. The British Celts are enthusiastic head-hunters, while the Saxon gods require regular blood sacrifices, animal and sometimes human. There are social pitfals too (`Do not make fun of the Celts' beliefs about Arthur'...'Don't refuse a place in a Welsh collective bed.')