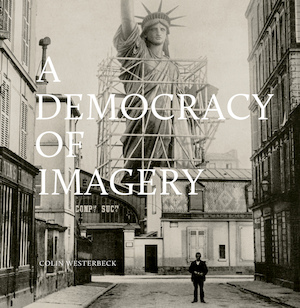 A Democracy of Imagery

Colin Westerbeck’s criterion in choosing the 100 photographs published here was to seek out underappreciated work by great photographers and great work by underappreciated photographers. These 100 prints have all been drawn from the many thousands in the inventory of Howard Greenberg Gallery. Westerbeck was particularly drawn to Greenberg’s wide-ranging taste in both American and European photography of the twentieth century.

The resulting book bears the name A Democracy of Imagery because Westerbeck believes all the works it contains should be considered equal. Each has been selected for its individuality — indeed, its idiosyncrasy — rather than its similarity to or compatibility with other images. In this spirit, works chosen for commentary are discussed individually. Westerbeck explores the background stories of particular photographs, as opposed to generalizing about the photos as a whole.