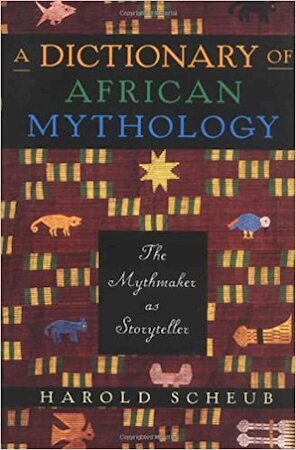 A Dictionary of African Mythology

This collection of fascinating and revealing tales captures the sprawling diversity of African mythology. Four hundred alphabetically arranged entries touch on virtually every aspect of African religious belief, from Africa's great epic themes (dualistic gods, divine tricksters, creator gods, and heroes) to descriptions of major mythic systems (the Dogon, the Asante, and the San) and beyond.

Scheub covers the entire continent, from the mouth of the Nile to the shores of the Cape of Good Hope, including North African as well as sub-Saharan cultures. His retellings provide information about the respective belief system, the main characters, and related stories or variants. Perhaps most important, Scheub emphasizes the role of mythmaker as storyteller--as a performer for an audience. He studies various techniques, from the rhythmic movements of a Zulu mythmaker's hands to the way a storyteller will play on the familiar context of other myths within her cultural context.

An invaluable bridge to the richly diverse oral cultures of Africa, this collection uncovers a place where story and storyteller, tradition and performance, all merge.