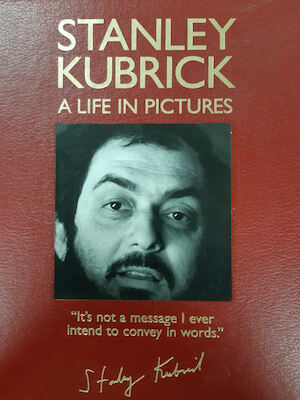 A life in pictures

Few cinematic figures can boast the scope, breadth, talent and influence of Stanley Kubrick. Visionary, auteur, artist, director . . . his brilliant canon of films is unsurpassed in modern cinema.Now, the astonishing career of this cinematic legend is remembered in perhaps the most fitting way: in pictures. With an accompanying commentary by his widow Christiane, Stanley Kubrick: A Life In Pictures is a wide-ranging and wonderful collection. Featuring a wealth of never-before-seen photographs, it offers a fascinating glimpse of Kubrick behind the camera, from his directorial beginnings in the early 1950s to his final film, Eyes Wide Shut, completed just six days before his death in March 1999.Including the definitive cast and credits lists of his films, and featuring an introduction by Steven Spielberg, this beautifully designed book is a fitting tribute to the life and work of Stanley Kubrick, and an essential volume for his vast legion of dedicated facs.