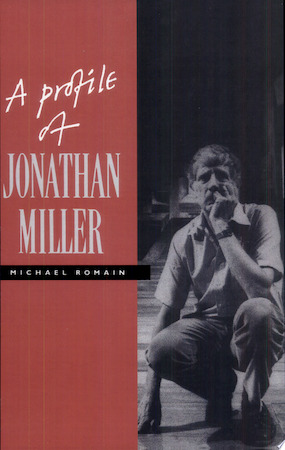 A Profile of Jonathan Miller

Jonathan Miller is one of the most important directors of theater and opera today. Written with Miller's full cooperation and with access to rehearsals, this is the first book to explore his work in depth. Michael Romain examines this significant career in theater through a series of interviews with Miller and his collaborators. It is rare that a director is willing or able to discuss his craft and rarer still to find colleagues who can recount their impressions of rehearsals and productions. However, in a series of conversations with actors, conductors, designers, singers, directors, and writers, a fascinating portrait of Miller emerges. The book is divided into three sections, beginning with an introduction that sets Miller's work in the context of contemporary European theater. Part Two is an interview with Miller, covering such topics as his career, working methods, points of inspiration and views of current theater and opera. Part Three is a collection of conversations with artists including Zubin Mehta, Roger Norrington, Dudley Moore, Max von Sydow, Terry Hands, John Cleese, Frank Langella, Roger Daltrey and Jack Lemmon. The volume also contains a complete chronology of Miller's work in theater, opera, television, and film, including information on forthcoming productions, as well as numerous photographs from productions. Michael Romain has written literary and drama criticism for publications in Britain and the United States.