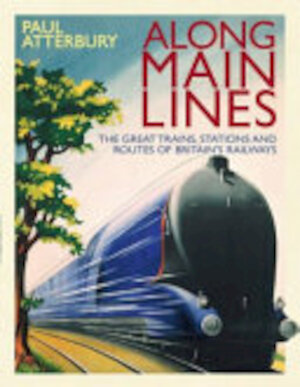 A celebration of railway nostalgia, focusing on the great main line routes and the glamorous trains that plied them. Organised into routes, it covers all the main London termini and their principal routes as well as major intercity routes in other parts of Britain.|The successful running of Britain's mainline railways was a great achievement for those operating them, and a great thrill for those travelling on them. Over the years railway photographers have recorded the glamour and excitement of our glorious railway story. Along Main Lines celebrates the most dramatic and best-remembered aspects of Britain's rail heritage, focusing on the famous main line routes, big city stations, record-breaking locomotives and the renowned express trains. Packed with archive photographs, old postcards, badges and other railwayana, this book is crammed with fascinating material that Atterbury has himself collected from tireless searching at postcard and antique fares and auction sites. Therefore, many of the illustrations are original and previously unpublished. Paul Atterbury offers a rare insight into the main line story all over Britain. Organised regionally, the book includes major routes, classic trains, important stations in London and elsewhere, railway sheds and works, along with features that highlight forgotten corners of railway history.