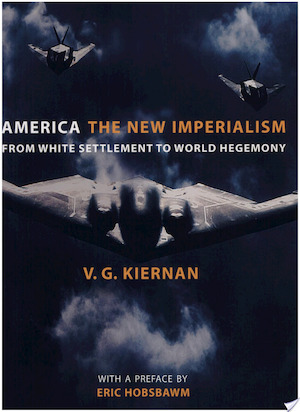 The invasion and occupation of Iraq have sparked considerable discussion about the nature of American imperialism, but most of it is focused on the short term. The classical historical approach of this book provides a convincing and compelling analysis of the different phases of American imperialism, which have now led to America becoming a global hegemon without any serious rivals.

Victor Kiernan, one of the world's most respected historians, has used his nuanced knowledge of history, literature and politics to trace the evolution of the American Empire: he includes accounts of relations between Indians and white settlers, readings of the work of Melville and Whitman, and an analysis of the way that money and politics became so closely intertwined.

Eric Hobsbawm's preface provides an insight into his own thoughts on American imperialism, and a valuable introduction to Victor Kiernan's work. Together, they shed useful light on today's urgent debates about the uses and misuses of seemingly unlimited military power, a lack of respect for international agreements, and the right to 'pre-emptive defense'.