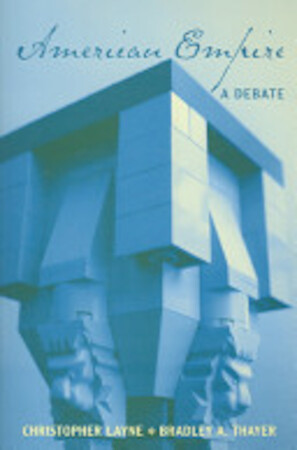 With the collapse of the Soviet Union, the United States emerged as the lone, unrivaled superpower on the world stage. America's military, diplomatic and economic--not to mention its cultural and ideological--presence is felt throughout the world. With few, if any, rivals to its supremacy, the current administration has made an explicit commitment--in its 2002 National Security Strategy--to maintaining and advancing primacy for the U.S. in the world. But, what exactly are the benefits of American hegemony for the U.S. and the world and what are the costs and drawbacks for this fledgling empire. In this short, accessible book Chris Layne and Brad Thayer argue the merits and demerits of American empire. After making their best cases for and against an American empire, subsequent chapters will allow the authors respond to the major arguments presented by their opponent and present their own counter arguments. American Empire: A Debate will be the first stop for readers interested in deciding for themselves where they stand on this very controversial topic.