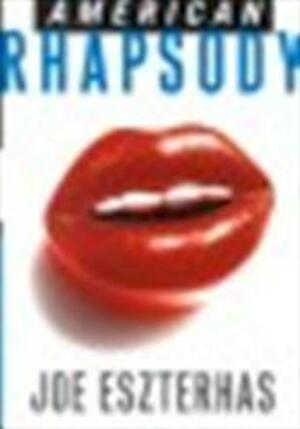 The setting . . . Washington, Hollywood, and the landscape of the American Republic. The writer . . . Joe Eszterhas, ex-Rolling Stonereporter, National Book Award nominee forCharlie Simpson's Apocalypse,and screenwriter of such blockbusters asBasic InstinctandJagged Edge. The stars . . . Bill and Hillary Clinton, George W. Bush, Al Gore, John McCain, Ken Starr, and Monica Lewinsky. The supporting players . . . Warren Beatty, James Carville, Sharon Stone, Larry Flynt, Vernon Jordan, Linda Tripp, Matt Drudge, and Bob Packwood (with cameos by Richard Nixon and Farrah Fawcett, Eleanor Roosevelt and David Geffen, Robert Evans and Richard Gere). The story . . . The most basic, and basest, in many years -- an up-close and personal look at the people who run our world. A tale filled with humor, tragedy and romance; suspense, absurdity and high drama; and, of course, lots and lots of sex. InAmerican Rhapsody, Eszterhas combines comprehensive research with insight, honesty, and astute observation to reveal ultimate truths. This is a book that flouts virtually every rule, yet joins a rich journalistic tradition distinguished by such writers as Norman Mailer and Tom Wolfe. A brilliant, unnerving, hugely entertaining look at our political culture, our heroes and villains,American Rhapsodywill delight some and outrage others, but it will not be ignored. What Joe Eszterhas has produced is a penetrating and devastating panorama of all of us, a fun-house mirror held up to our own morals, hypocrisies and desires. From the Hardcover edition.