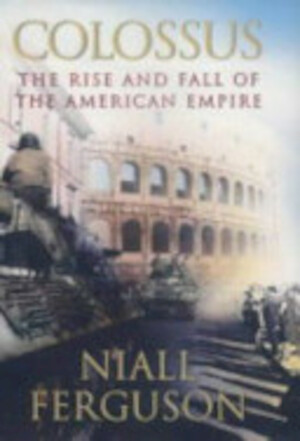 Is America the new world Empire? The US government emphatically denies it. Despite the conquest of two sovereign states in as many years, despite the presence of more than 750 military installations across two-thirds of the world's countries and despite his stated intention ?to extend the benefits of freedom ? to every corner of the world, ? George W. Bush maintains that ?America has never been an empire'. ?We don't seek empires, ? insists Defense Secretary Rumsfeld. ?We're not imperialistic.' In Colossus Niall Ferguson reveals the paradoxical reality of American power. In economic and military terms, he argues, America may be the most powerful empire the world has ever seen. And its ambitions are closely akin to those of the last great Anglophone empire: to globalize free markets, the rule of law and representative government. Yet Americans shy away from the long-term commitments of manpower, time and money that are also an intrinsic part of empire. This, Ferguson argues, is an empire with an attention deficit disorder, imposing ever more unrealistic timescales on its overseas interventions. Worse, it's an empire in denial ? a hyperpower that refuses to acknowledge the scale of i