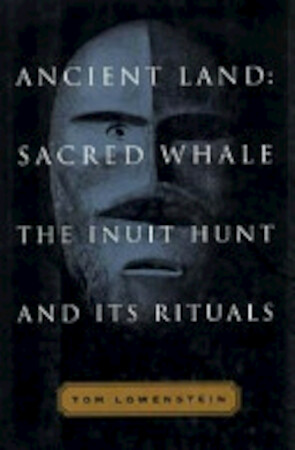 For the Tikigaq people of Point Hope, Alaska - the oldest continuously settled Native American site on the continent - the annual cycle of myth and magic that culminated in the spring whale hunt shaped every aspect of life for over 1,500 years. Packed close for half the year in underground whale-bone iglus connected by tunnels, Tikigaq people formed complex webs of kinship and alliance. But they were also connected to ancestor spirits, the spirits of the sun and moon, and the animals they both worshipped and ate. The peninsula itself was once, according to myth, a great whale, killed by a primal shamanic harpooneer, that lived on as land, part body and part spirit. Sustaining this myth, men and women conducted an elaborate series of rituals that filled the entire autumn and spring. To follow the Tikigaq year from storytellings, ritual athletics, dances, shaman seances, puppet shows, and divinations, through spirit guests, encounters with the souls of animals, and lunar rites conducted by women, to its climax in the spring with the annual whale hunt, is to enter a disorienting world where ritual and symbol become daily reality. Ancient Land: Sacred Whale is at once a work of anthropology and of poetry; it gives an account of Tikigaq lives and culture, formed in part by a long sequence of poems detailing the ritual year and its stories, narrated by the Tikigag storytellers who were the author's teachers. To the grandeur of Tikigag imagination, Lowenstein has brought the insight of a scholar and a poet's mastery, creating a work that combines many voices with dazzling power and haunting beauty.