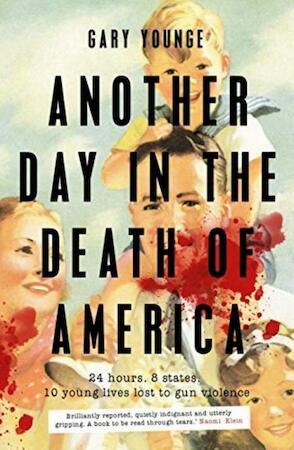 Another Day in the Death of America

On Saturday 23 November 2013 ten children were shot dead. The youngest was nine; the oldest was nineteen. They fell in suburbs, hamlets and ghettos. None made the national news. It was just another day in the death of America, where on average seven children and teens are killed by guns daily.

Younge picked this day at random, searched for their families and tells their stories. What emerges is a sobering, searing, portrait of youth and guns in contemporary America.

"Another Day in the Death of America" is ook verkrijgbaar als