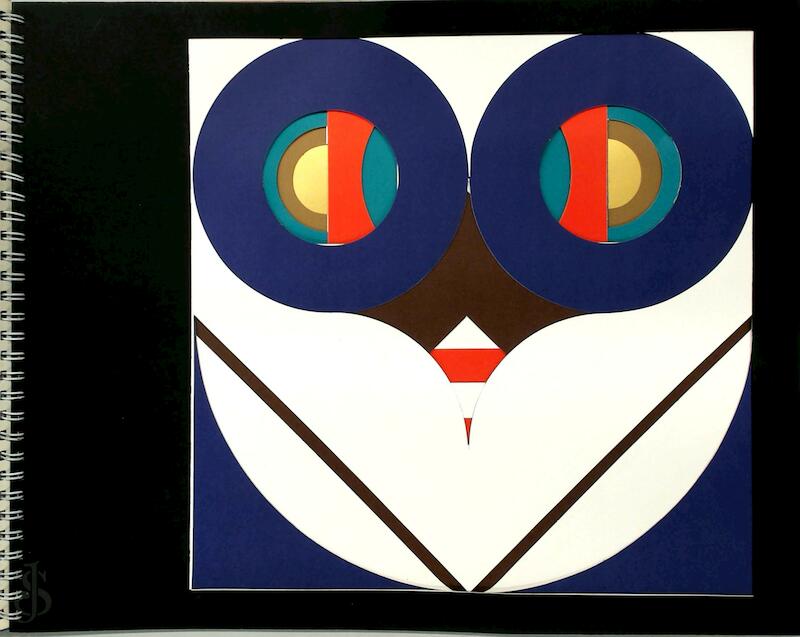 Oblong, quarto. This book contains six cut out owl faces with over-lapping coloured card cut-outs which allow for twelve graphic variations. Printed in an edition of 900 numbered and signed copies. Blind stamped colophon text in English, French, Dutch and German.
Paul Ibou, née Paul Vermeersch, gave himself the pseudonym "Ibou" in 1961, which meant "inventive book (ontwerper) designer and (uitgever) publisher." It is also French for owl, and signified a major motif in his graphic work over the course of his life. He worked at a time when corporate identity was virtually unknown in Belgium and was one of the country's pioneers in the field of graphic design.