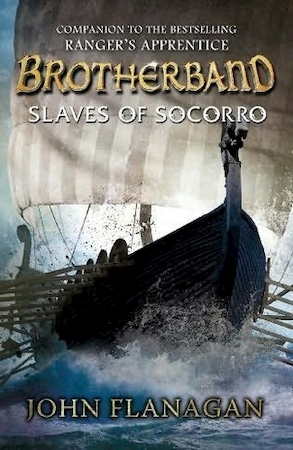 The Slaves of Socorro is the fourth book in the Brotherband series, from the author of the internationally bestselling Ranger's Apprentice.

When the Heron brotherband become the Skandian duty ship to the Kingdom of Araluen, they’re excited at the challenges ahead. Hal, Stig, Thorn and the Herons eagerly set off for the trip – with an unexpected new crew member aboard. But an enemy from their past returns, causing the Herons to be thrown into a dangerous quest to free captured Araluans from the slave market in Socorro. Even with the help of an Araluan Ranger, the task may be too much.