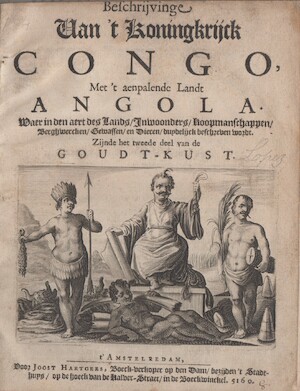 Portuguese explorer Duarte Lopez travelled to the Congo in 1578 where he was made ambassador of Alvaro II, King of the Congo, to the Pope and Philip II of Spain. His accounts remained the main source for information on the Congo and central Africa up to the middle of the 19th century. This book is the Dutch version of Lopez’s account of the kingdom of Congo, followed by an anonymous account of c. 1602 of a visit to Cape Lopo Gonçalves in the Gulf of Guinea.