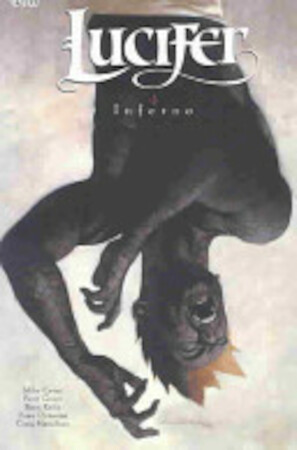 In the engrossing epic fantasy LUCIFER: INFERNO, supernatural characters of biblical origin act upon human emotions to reveal the dark underside of the politics of both Heaven and Hell. After a devastating battle between the forces of good and evil, a powerless Lucifer returns to the underworld that he once ruled for a duel to the death with his brother, the angel Amenadiel. But as the retired King of Hell prepares for a confrontation he cannot win, demons and angels create unholy alliances that will ensure Lucifer's eternal demise. Now pursued by angelic assassins and possessed by nefarious demons, the fallen angel must find a way to simultaneously overcome his betrayers and defeat his bloodthirsty brother. SUGGESTED FOR MATURE READERS.