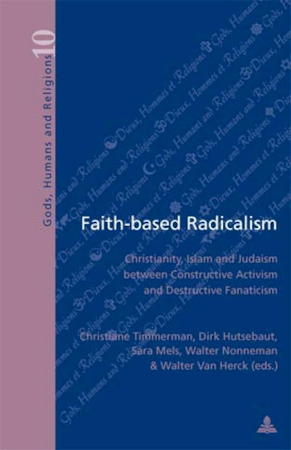 Christianity, Islam, and Judaism Between Constructive Activism and Destructive Fanaticism

Terror attacks against Western symbols of power, suicide terrorism in Chechnya, or bombing of abortion clinics in the United States: these are a few of the violent religious outbursts that the media never seem to stop broadcasting. While these outbursts are mostly linked to Islamic extremism, it should however be acknowledged that every religion has its own violent side. Despite all the events the media are too prompt to show us, it would be dishonest and insensible not to accept that every religion has also a potential for religious peace building and communal renewal. How, can it be explained then, that religions sometimes react violently against the society surrounding them by trying to overthrow it, while at some other times they willingly help and try to build a better world for everyone? The University Centre Saint-Ignatius Antwerp organised an interdisciplinary summer seminar in September 2005 and gathered senior scholars - all experts in their own fields - and junior scholars - who will be the experts of tomorrow - from all over the world, to discuss these burning issues. The seminar focused on miscellaneous topics all pointing towards the question of religion and society; like literalism and the Holy texts, the ambivalence of faith-based radicalism, the psychology of religion and terrorism, nationalism and religion and religious social movements.