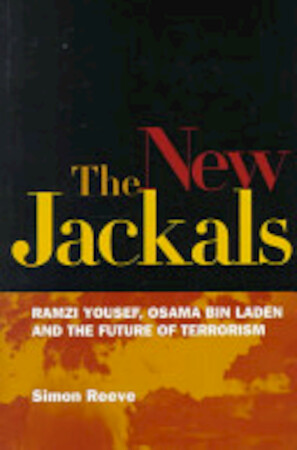 On 26 February 1993 a massive bomb hit New York's World Trade Center, creating more hospital casualties than any event in American history since the Civil War. Ramzi Yousef, the young British-educated terrorist who masterminded the attack, had been seeking to topple the twin towers and cause tens of thousands of fatalities.
An intensive FBI investigation into the crime quickly developed into a man-hunt that took top FBI agents across the globe. But even with the FBI on his trail, Yousef continued with his campaign of terror. He bombed an airplane and an Iranian shrine. He tried to kill Benazir Bhutto, the former Pakistani Prime Minister, and planned to assassinate the Pope, President Clinton and simultaneously destroy 11 airliners over the Pacific Ocean using tiny undetectable bombs. He also plotted an attack on the CIA headquarters with a plane loaded with chemical weapons. His pursuers dubbed Yousef "an evil genius."
During their investigation, FBI agents discovered that Yousef was funded and sent on some of his attacks by Osama bin Laden, a mysterious Saudi millionaire. By the mid-1990s they realized bin Laden had become the most influential sponsor of terrorism in the world, and agents now conclude that since the early 1990s a small group of terrorists supported by bin Laden have dominated international terrorism. These "Afghan Arabs" helped defeat the Soviets in Afghanistan before killing thousands of people in campaigns against governments in the West, Africa, the Middle East and Asia. When bin Laden's followers attacked American embassies in Kenya and Tanzania on 7 August 1998, killing 224 people, the U.S. finally launched cruise missile strikes in an attempt to destroyhis secret organization.
Drawing on unpublished reports, interrogation files, interviews with senior FBI agents who hunted Yousef, intelligence sources and government figures including Benazir Bhutto, Simon Reeve gives a harrowing account of Yousef's bombings, offers a revealing insight into his background, and details the FBI's man-hunt to catch him. Reeve explains how Yousef was one of bin Laden's first operatives and documents bin Laden's life and emergence as the leader of a potent terrorist organization, giving fascinating insights into the man President Clinton has called "the pre-eminent organizer and financier of international terrorism in the world today."
Highly detailed and yet immensely readable, The New Jackals sheds new light on two of the world's most notorious terrorists. Reeve warns that Yousef and bin Laden are just the first of a new breed of terrorist, men with no restrictions on mass killing. Reeve also offers evidence that bin Laden's organization may already have chemical and nuclear weapons and explains why the world could soon face attacks by terrorists with weapons of mass destruction.