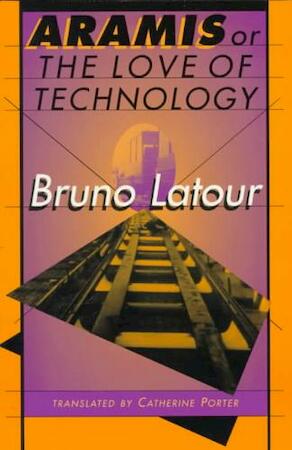 Aramis, or the Love of Technology

Frankenstein's monster was born of human endeavour and 19th-century ignominious end but provided many lessons during his 24 years of plans and prototypes. Aramis, the guided-transportation system intended for Paris, represented a major advance in personal rapid transit - a system that combined the efficiency of a subway with the flexibility of the private automobile. But in the end, the system of electronic couplings proved too complex and expensive, the political will failed, and the plans were jettisoned in 1987. The story of Aramis, of its birth and death, is told here by several different parties, none of which is given precedence over any other: an engineer and his professor, who together act as detectives to ferret out the reasons for the project's failure; company executives and elected officials; a sociologist; and finally Aramis itself, who delivers a passionate plea on behalf of technological innovations that risk being abandoned by their makers. Technology has needs and desires, especially a desire to be born, but cannot function without the sustained commitment of those who have created it. Part novel and part sociological study, Bruno Latour has written a tale of a technological dream gone wrong. As the young engineer and professor follow Aramis's trail - conducting interviews, analyzing documents, assessing the evidence - perspectives keep shifting: the truth is revealed as multilayered, unascertainable, comprising an array of possibilities worthy of Rasbomon . The reader is eventually led to see the project from the point of view of Aramis, and along the way gains insight into the relationship between human beings and their technological creations.