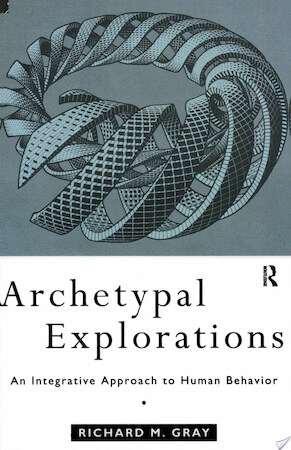 Archetypal Explorations is a ground-breaking study, which examines one of Jung's most important theories and the link it forms between analytical psychology and the social sciences. Richard M. Gray uses the concept of archetypes as a basis for understanding the reciprocal interaction of individuals and cultures as coevolving systems. In a systematized approach to the subject he reveals the implicitly cross-cultural and interdisciplinary nature of Jung's work. Despite the depth of the Jungian contribution to understanding social phenomena, little has been done to apply it to sociology. Beginning with a re-examination of the literature of archetypes, the author makes enlightening comparisons between Jung's words and the formulations of the century's prominent sociologists. Elements of modern biology and systems theory are introduced to achieve a clearer and non-reductionist definition of archetypes. Basic terms are defined and particular attention is paid to patterns of archetypal activity, the role of instinct and libido and the significance of mandala images. The author establishes the fundamental issues that a reformulated sociology must address and in the final part develops the sociological themes which emerge from detailed analysis of the Collected Works. Archetypal Explorations is a full assessment of Jung's statements on social theory. A significant addition to the literature of archetypes, it will appeal to psychologists, sociologists and all those interested in an integrative outlook on human behavior.