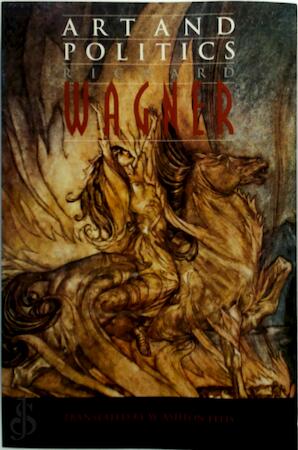 A master of mystery and paradox, Wagner spent his life composing himself while composing music. Written between 1864 and 1878, the essays in Art and Politics converge upon Wagner?s desire to define and reform German culture. He was deeply annoyed that Germany seemed to satisfy itself with cheap theater, vulgar songs, and clumsy imitations of French art. In ?What Is German?? he declared that German culture must rise above the common ruck. Citing ?Music?s wonderman? Johann Sebastian Bach as his precursor, Wagner fought to persuade his readers that German culture had a historic destiny, and that destiny was shaped first and foremost by music. ø As usual, embroiled in the defense of his operas and his person, Wagner recognized that his rescue from attack and poverty could not be expected from ?Franco-Judaico-German democracy.? He instead fixed his hopes elsewhere: ?the embodied voucher? for fundamental law, the Monarch. He found himself at a turning point in his career. In 1864 King Ludwig II of Bavaria befriended Wagner and gave him badly needed financial support. This alliance aroused Wagner?s enemies into further fits of jealousy. Yet, amid the public scorn, he worked on the production of Tristan und Isolde, drafted the libretto for Parsifal, and composed sections of Siegfried and Die Meistersinger. ø In these essays Wagner resumes his considerations of the close ties between religion and art. He calls art ?the kindly Life-saviour who does not really and wholly lead us out beyond this life, but, within it, lifts us up above it and shews it as itself a game of play.? These essays express his artistic credo and the knowledge of German literature that underpinned his claims for German genius. Following his ideals, he proclaimed his intention to raise the quality of German opera, by himself if necessary. ø This edition includes the full text of volume 4 of the translation of Wagner?s works commissioned in 1895 by the London Wagner Society.