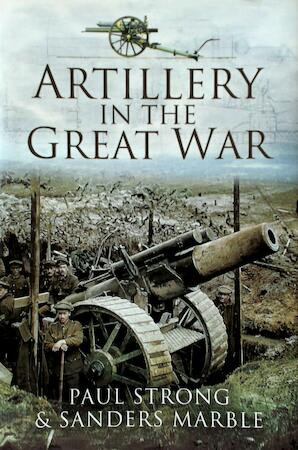 Artillery in the Great War

Artillery was the decisive weapon of the Great War - it dominated the battlefields. Yet the history of artillery during the conflict has been neglected, and its impact on the fighting is inadequately understood. Paul Strong and Sanders Marble, in this important and highly readable study, seek to balance the account. Their work shows that artillery was central to the tactics of the belligerent nations throughout the long course of the conflict, in attack and in defense. They describe, in vivid detail, how in theory and practice the use of artillery developed in different ways among the opposing armies, and they reveal how artillery men on all sides coped with the extraordinary challenges that confronted them on the battlefield. They also give graphic accounts of the role played by artillery in specific operations, including the battles of Le Cateau, the Somme and Valenciennes. Their work will be fascinating reading for anyone who is keen to understand the impact of artillery on the Great War and its role in the wider history of modern industrialized warfare.