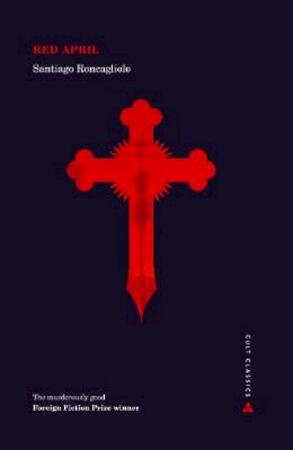 The international prize-winner: A potent exploration of Peru, told as a noirish, hard-boiled serial killer novel, reissued in a stylish new livery as part of Atlantic's Cult Classics series.

The priest adjusted a cross hanging on the wall. It was a black cross without the image of Christ. Just a black cross on a grey surface. The prosecutor did not want to think about the cross burned into the forehead of the corpse... Felix Chacaltana Saldivar is a hapless, by-the-book prosecutor living in a small town, six-hundred kilometers from Lima. Until now he has led a life in which nothing exceptionally good or bad has ever happened to him. But when a charred and mutilated body, discovered during Carnival, signals the return of a serial murderer, Saldivar is inexplicably put in charge of the enquiry. As he investigates he must confront what happens to a man, and to a society, when death becomes the only certainty.