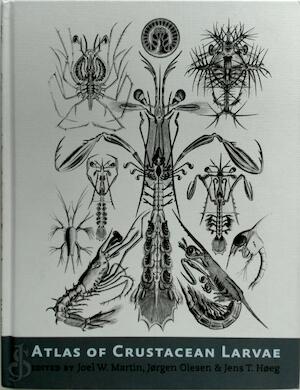 Crustaceans - familiar to the average person as shrimp, lobsters, crabs, krill, barnacles, and their many relatives-are easily one of the most important and diverse groups of marine life. Poorly understood, they are among the most numerous invertebrates on earth. Most crustaceans start life as eggs and move through a variety of morphological phases prior to maturity. In Atlas of Crustacean Larvae, more than 45 of the world's leading crustacean researchers explain and illustrate the beauty and complexity of the many larval life stages. Revealing shapes that are reminiscent of aliens from other worlds - often with bizarre modifications for a planktonic life or for parasitization, including (in some cases) bulging eyes, enormous spines, and aids for flotation and swimming - the abundant illustrations and photographs show the detail of each morphological stage and allow for quick comparisons. The diversity is immediately apparent in the illustrations: spikes that deter predators occur on some larvae, while others bear unique specializations not seen elsewhere, and still others appear as miniature versions of the adults.
Small differences in anatomy are shown to be suited to the behaviors and survival mechanisms of each species. Destined to become a key reference for specialists and students and a treasured book for anyone who wishes to understand "the invertebrate backbone of marine ecosystems," Atlas of Crustacean Larvae belongs on the shelf of every serious marine biologist.