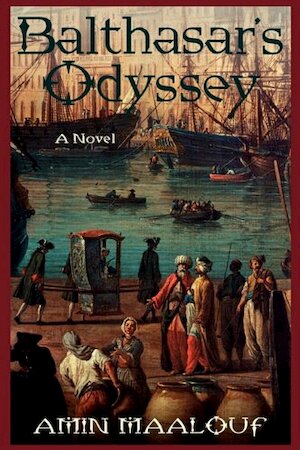 Is the world coming to an end? What if, according to the Book of Revelations, next year - the year of the Beast - the Anti-christ will appear and the Apocalypse will come to pass as long predicted?
Amin Maalouf creates an ambitious tale of high adventure set at the eve of that fateful year. Balthasar Embriaco, a Genoese merchant and antique dealer living in the Levant, is thrown by chance into a quest to find a mysterious book entitled The Hundredth Name, which according to legend contains the most secret name of God. (In the Koran there are ninety-nine names. Does the hundredth even exist?) Merely to know that hundredth name, Balthasar is convinced, is the key to salvation, both for himself and the human race.
So he embarks on a tumultuous journey that will take him across the breadth of the civilized world - making his way to Constantinople and on to Smyrna, then sailing across the Mediterranean, past Genoa and Lisbon, and arriving in London shortly before the outbreak of the Great Fire. In the course of his odyssey, Balthasar travels through countries in ruin, cities in flame, and stricken communities awaiting the Apocalypse. He encounters fear, falsehood, and disillusion, but also discovers love at a time when he had given up all hope. The future hangs in the balance - will the world go up in flames, or can the secret of one lost book save humankind?