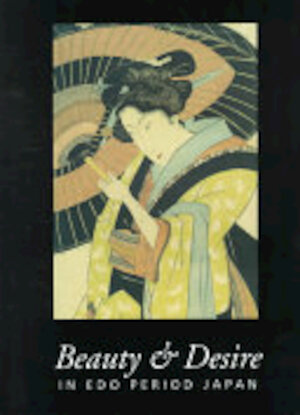 The domination of the Tokugawa government, centered in Edo, now Tokyo, was responsible for the isolation of Japan from the rest of the world and for the relative peace that distinguished the Edo period (1603-1868). These factors contributed to the rise of a wealthy merchant class whose aspirations and desires were expressed in a lively, carefree urban culture revolving around the entertainment areas of the nouveaux riches -- the brothel district and the kabuki theater. Obsessed with women, or, more importantly, the ideal of feminine beauty, these townsmen made a goddess of the courtesan, whose beauty was extolled in literature, art, and theater.This beautifully illustrated collection features woodblock prints, paintings, and kimonos dating from the Edo period to the beginning of the twentieth century. Gary Hickey's essay touches on several themes, including the aesthetic of the wealthy merchant class, brothels, kabuki theater, pictures of beautiful women, erotic pictures, and prints of female impersonators.