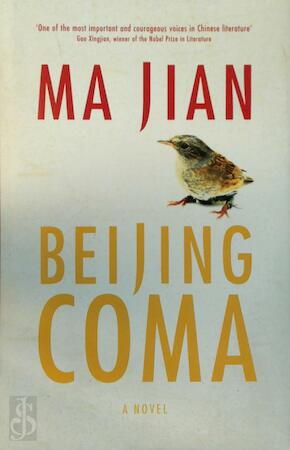 Knopf Canada is proud to welcome to the list one of the world’s most significant living writers. Spiked with dark wit, poetic beauty and deep rage, Beijing Coma is the epic new novel from prize-winning author Ma Jian. It is his masterpiece.

“One of the most important and courageous voices in Chinese literature.” Gao Xingjian, winner of the Nobel Prize in Literature

Dai Wei is a medical student and a pro-democracy protestor in Tiananmen Square in June of 1989. Caught by a soldier’s bullet, he falls into a deep coma; as soon as the hospital authorities discover he is an activist, his mother is forced to take him home. She allows pharmacists access to Dai Wei’s body and sells his urine and his left kidney to fund special treatment from Master Yao, a member of the outlawed Falun Gong sect. But during a government crackdown, the Master is arrested and Dai Wei’s mother–who has fallen in love with him–loses her mind.
The millennium draws near and Dai Wei has been in a coma for almost a decade. A sparrow flies through the window and lands on his naked chest; it is a sign that Dai Wei must emerge from his dry cocoon. But China has also undergone a massive transformation in the time that he has been absent. As he prepares to take leave of his old metal bed, Dai Wei realizes that the rich, imaginative world afforded to him as a coma patient is a startling contrast with the death-in-life of the world outside.

“At the heart of Ma Jian’s stories there is both humanity and a piercing, if painful, literary truth.” The Guardian (UK)