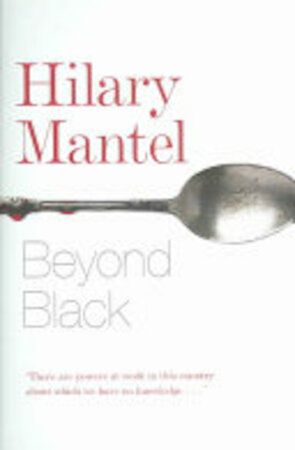 The much anticipated novel from the critically acclaimed author of Giving Up the Ghost and A Place of Greater Safety.

There's something nasty at the heart of Britain. The earth is poisoned: radioactive waste is washing into the water supply, and Japanese knotweed is choking the grasslands. Ghastly housing estates are proliferating across the Home Counties and terrorists are hiding in the ditches. This is Britain at the end of the last century and at the birth of the new. Alison knows what is coming. She foresees the death of Princess Diana (an annoying presence who is just as confused on the other side as she was on this). Alison foresees the coming down of the twin towers.

Alison Hart is a medium by trade: dead people talk to her and she talks back. With her flat-eyed, flint-hearted sidekick, Colette, she tours the dormitory towns of London's orbital road, passing on messages from dead ancestors: 'Granny says she likes your new kitchen units.'

But there are messages that Alison must keep to herself. Alison's ability to communicate with spirits is a torment rather than a gift. Behind her plump, smiling and bland persona is a desperate woman. She knows the next life holds terrors that she must conceal from her clients. Her days and nights are haunted by the men she knew in her childhood, the thugs and petty criminals who preyed upon her hopeless, addled mother.

As the spirits become stronger and nastier it becomes clearer that there are terrible secrets about to be revealed. Who is Alison? Why is she so keen to perform a good deed in a desperate world? What terrible thing was it that she did as a child? Why is she drawn to the cutlery drawer even now?

This is Hilary Mantel's tenth novel and her first for six years. Beyond Black is an hilarious and deeply sinister story of dark secrets and dark forces, set in an England that jumps at its own shadow, a country whose banal self-absorption is shot through by fear of the coming, engulfing blackness.

"Beyond Black" is ook verkrijgbaar als