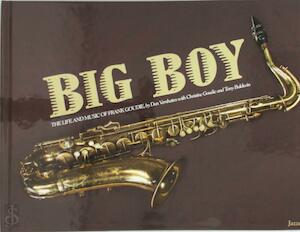 By Dan Vernhettes with Christine Goudie and Tony Baldwin

Multi-instrumentalist Frank "Big Boy" Goudie's career spanned more than four decades, during which he lived and worked in Europe, the United States, and Latin America. Having never played in Chicago or New York or even recorded in the U.S. (prior to 1958), Frank Goudie has been understandably, if unjustly, overlooked. However, his life was a rich and fascinating one, and he left a large and diverse recorded legacy, most of which we have been able to trace.
This book is printed in a limited run of about 100 copies for each version (English and French).