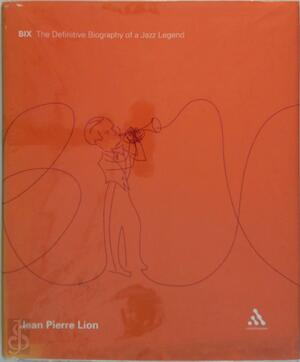 "You can tell the whole world: there’ll never be another Bix Beiderbecke. Take that from Satchmo! He was a born genius…"—Louis Armstrong Bix Beiderbecke is one of jazz music’s most enigmatic figures, and he has captivated listeners since his career began in the 1920s. He died at just 28, leaving many loose ends and inspiring much speculation. This book aims to clarify many of the myths created by the musician's premature death and the fictionalizations of Bix's life (three novels and a film: "Remembering Bix" by Ralph Berton, "1929" by Fredericks W. Turner, and "Young Man with a Horn" by Dorothy Baker, and the 1950 film of Baker's novel by Michael Curtiz), and to update his two prior biographies ("Bix, Man and Legend" being out of print for many years). French jazz scholar Jean Pierre Lion traveled the trajectory of Bix’s life, from birth to death, to boarding school, on tour and beyond, to find the true story of this pivotal figure. Considered a genius by his fans and fellow musicians, Bix Beiderbecke was a master cornet player, and one of the most inspiring white jazz musicians of his age. He drank heavily during Prohibition, and fell ill from the toxic swill he had been drinking. When he died he left behind a tremendous list of recordings (included here in a definitive discography) and several original compositions. This biography culls the entirety of Bix scholarship into one volume, painting a complete picture of the man, his music, and his times. Lion brings the true legend of Bix into historical context, underlining the importance of the jazz scene that Bix not only participated in, but also helped to establish. The originality of Bix’s style has roots in New Orleans jazz and such classical composers as Debussy and Ravel, and this biography traces the evolution of these various inspirations alongside the tale of the white cornet player. Historical ambience is created by descriptions of the Chicago of the 1920s – ruled by Al Capone and peopled with fast cars, flappers and hot jazz musicians – and Bix’s personality is fleshed out by excerpts from the few letters he wrote in his lifetime, and memories of friends and witnesses of the jazz-age. The story is lively and emotional, the testament of a true fan and a true scholar.