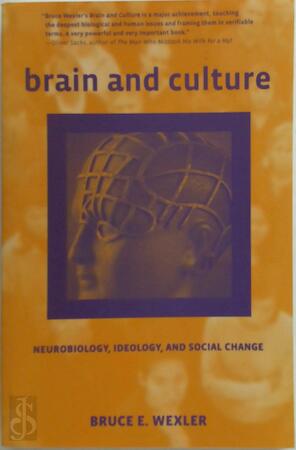 Research shows that between birth and early adulthood the brain requires sensory stimulation to develop physically. The nature of the stimulation shapes the connections among neurons that create the neuronal networks necessary for thought and behavior. By changing the cultural environment, each generation shapes the brains of the next. By early adulthood, the neuroplasticity of the brain is greatly reduced, and this leads to a fundamental shift in the relationship between the individual and the environment: during the first part of life, the brain and mind shape themselves to the major recurring features of their environment; by early adulthood, the individual attempts to make the environment conform to the established internal structures of the brain and mind. In Brain and Culture, Bruce Wexler explores the social implications of the close and changing neurobiological relationship between the individual and the environment, with particular attention to the difficulties individuals face in adulthood when the environment changes beyond their ability to maintain the fit between existing internal structure and external reality. These difficulties are evident in bereavement, the meeting of different cultures, the experience of immigrants (in which children of immigrant families are more successful than their parents at the necessary internal transformations), and the phenomenon of interethnic violence. Integrating recent neurobiological research with major experimental findings in cognitive and developmental psychology-with illuminating references to psychoanalysis, literature, anthropology, history, and politics-Wexler presents a wealth of detail to support his arguments. The groundbreaking connections he makes allow for reconceptualization of the effect of cultural change on the brain and provide a new biological base from which to consider such social issues as culture wars and ethnic violence.