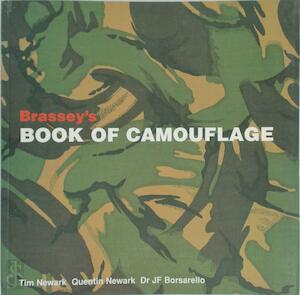 This volume covers the history and development of camouflage. Modern camouflage appears in everything from soft pastel gray-greens to wildly exotic fluorescents. The book is also a recognition guide to 450 camouflage patterns from around the world. Subjects covered include the pioneering and now highly collectible camouflage equipment of the German Army in World War II, the famous Tigerstripe worn by American soldiers in Vietnam, plus the classic patterns worn by today's armies, including patterns in current use in South East Asia and the former Soviet Union, the US Military "woodlands" pattern and the British DPM (Disruptive Pattern Material).