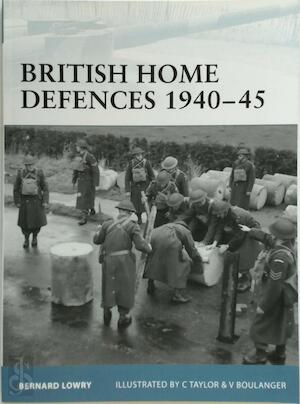 In the summer of 1940, the question Britain asked itself was not 'will Hitler invade?' but 'when?' Sealion, the German invasion plan, provoked the construction of pillboxes, anti-tank stop-lines and islands, coastal defences, heavy-gun emplacements and anti-aircraft batteries, as well as the formation of the Home Guard and covert groups. New threats replaced Sealion: radar detection systems were expanded during the Blitz years, as were intelligence-gathering systems and listening posts. In 1944 and 1945, Britain was once again faced with a new and deadly threat, Hitler's 'Vengeance' weapons. This title provides a concise assessment of Britain's defensive systems, and presents a vivid picture of war on the home front.