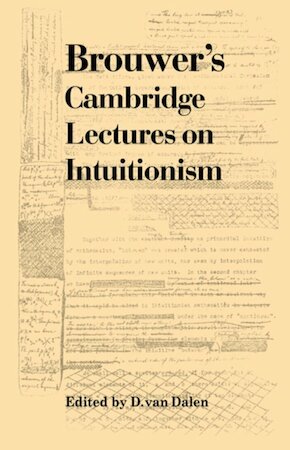 Luitzen Egburtus Jan Brouwer founded a school of thought whose aim was to include mathematics within the framework of intuitionistic philosophy; mathematics was to be regarded as an essentially free development of the human mind. What emerged diverged considerably at some points from tradition, but intuitionism has survived well the struggle between contending schools in the foundations of mathematics and exact philosophy. Originally published in 1981, this monograph contains a series of lectures dealing with most of the fundamental topics such as choice sequences, the continuum, the fan theorem, order and well-order. Brouwer's own powerful style is evident throughout the work.