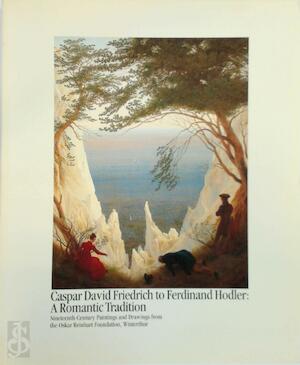 This book accompanies an international exhibition of paintings and drawings from the Oskar Reinhart Foundation in Winterthur, one of the finest collections of German, Austrian and Swiss art in Europe. Oskar Reinhart (1885 - 1965) presented his extraordinary collection of Northern Romantic and Realist art to the town of Winterthur, establishing a museum with over five hundred paintings and several thousand drawings. The collection opened to the public in 1951 but still remains little known outside Switzerland - paintings from the Foundation are lent only on rare occasions and the Reinhart collection has never been shown abroad. With introductory essays and detailed texts on each artist, this book surveys a rich pictorial tradition, ranging from the quiet introspection of the Romantic era and the gentle charm of Biedermeier to the robust art of Realist and Symbolist painters at the end of the century. Paintings by major artists (including Friedrich, Runge, Menzel, Bocklin, Liebermann and Hodler) are discussed alongside works by less familiar figures whose work deserves greater recognition.