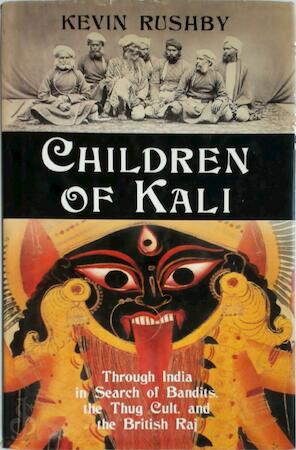 In the early 1800s, the greatest criminal gang in history operated throughout India. Its members were inspired by religious fanatics and came from many faiths, yet they worshiped one goddess, Kali. In her name, they murdered more than one million Indian travelers�all without spilling a drop of blood. Their weapon was the handkerchief, their sacrament sugar, and the gang was supposedly eradicated by the British in the 1830s.

Today, a modern-day bandit named Veerappan is India's most-wanted man and most notorious criminal, responsible for more than one hundred murders. Some say he is a freedom fighter, others that he is a vicious killer. Still at large in the jungles of southwestern India, he avoids capture, his followers claim, by magical powers.

In Children of Kali, Kevin Rushby researches these two criminal legends, both of which have been distorted and misused by those in power. As intrepid an investigator as he is an elegant writer, Rushby recounts his quest both to gain a meeting with Veerappan and to untangle the legends of the Thug Cult and the British policeman, William Sleeman, responsible for its suppression. He visits prisons and gangster hideouts, exploring the nature of crime and punishment in a country where good and evil may be as murky as the Ganges.

A compelling blend of travel journalism and history, infused with Rushby's infectious spirit and with memorable characters, Children of Kali connects past with present and reexamines the legacy of the British Raj.