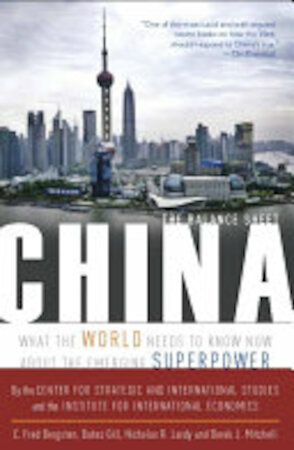 This authoritative book gives a definitive analysis of China today, and examines the challenges presented by the world's most important emerging power. China's emergence on the world stage will be one of the most momentous - and challenging - developments of the 21st century. How China will develop - both internally and in its relations to the rest of the world - remains a great unknown for policy makers and the public alike. It is this uncertainty that raises questions about China's intentions and future path - and the implications for the global community. China's remarkable growth has the potential to expand the size of the global economy (and with it global wealth), more than any other nation in history. On the other hand this growth has the potential to create huge competitive problems for the UK and other more advanced countries. Or China could collapse under the weight of its own domestic challenges. Similarly, China's more proactive global engagement and rapid modernization of its military may lead it to become a responsible and productive global citizen.Then again China could use its newfound influence to confront and undermine the interests of other powers and challenge international norms. To address this critical issue, two of the world's pre-eminent think tanks have launched a multi-year project which examines the critical facts and dynamics underpinning China's rise and suggests policy responses that will maximize the opportunities for China's constructive integration into the international community. China: The Balance Sheet is the fullest attempt to understand and describe the most important emerging power in the world.