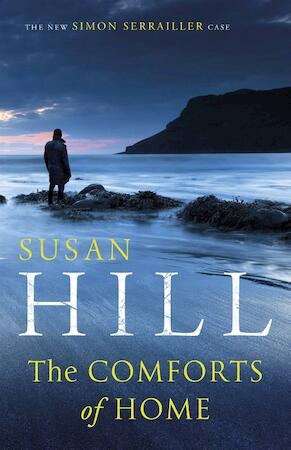 DC Simon Serrailler's last, devastating case was nearly the death of him and left him confronting a new reality Recovering on a remote Scottish island, his peace doesn’t last long. He is pulled in to a murder inquiry by the overstretched local police. A newcomer, popular with the islanders, has died in perplexing circumstances. The community's reactions are complicated and fragile. It’s good to be back on the job. And when Simon returns to Lafferton, an arsonist is on the rampage and a woman whose daughter disappeared some years before is haunting the police station seeking closure. She will not let it rest, and Simon is called in to do a cold-case review. At home, Simon is starting to get used to having a new brother-in-law – in the form of his Chief Constable Kieron Bright. His sister Cat has embarked on a new way of practising medicine, and his nephew Sam is trying to work out what to do with his life. And then their tricky father, Richard, turns up again like a bad penny. In this gripping new Serrailler thriller, Simon's personal and professional lives intertwine in more complex and demanding ways than ever before.