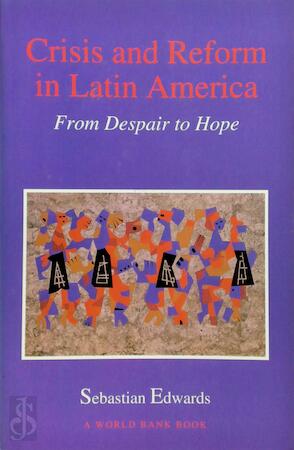 Crisis and Reform in Latin America

During recent years, many Latin American countries have undergone significant reforms. The economic systems that emerged in the 1930s, stifled by heavy government intervention and protectionism, have given way to new ones based on market orientation, openness, and competition. This study provides a thorough analytical review of the events that led to the transformation of these economies during the past decade. The author analyzes economic developments from the debt crisis of 1982 to the stabilization programs of the late 1980s. The evolution of social conditions in the region, including poverty and inequality, is examined in detail. Key topics addressed include the sequencing of reform, the speed of trade liberalization, alternative modes of privatizing state-owned enterprises, the effectiveness of exchange rates as nominal anchors, and the use of emergency social funds as a way of providing a social safety net during the transition. The author concludes with a look at the implications of the recent Mexican currency crisis for the region and an evaluation of Latin America's challenges for the future.