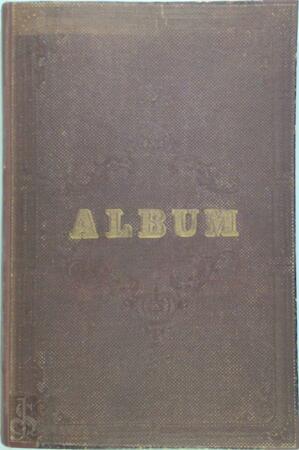 Utrecht, 1859-1860. - With 4 to 6 pages text to each lithograph. The lithographs are showing a ''realistic'' and ''modern'' Utrecht from the time and not at all romantic.Wap clearly showed a preference for timephased buildings.
It is not really clear why Dr. Wap (Joannes Jacobus Franciscus Wap, 1806-1880) was asked to write the historical annotations for this album, for there never seemed to be a connection between him and Utrecht. Dr. Wap, a former teacher of Dutch language and history at the ”Koninklijke militare academie” in Breda, was in his time often seen as an opportunist. The central subject in his writings was “The catholic cause”. In the beginning he could be called anti-clerical, maybe even anti-Catholic, but in 1832 the conversion came. Later Pope Gregory XVl gave him a Roman doctorate. This brought him even more scorn from his Dutch contemporaries, but still he used the title for the rest of his life. But in spite of all this criticism, as a writer he had some talent, which makes the Album van Utrecht a nice book to read.
But still the most important parts of the book are the lithographs. Some of the lithographs show the name J. Bos. This must almost certainly have been the engraver and lithographer Jan Bos Wzn. (1832-1897), who worked in Utrecht.