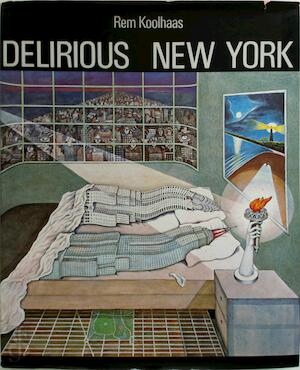 A retroactive manifesto for Manhattan

'Delirious in New York' is the retroactive manifesto of Manhattan's architectural enterprise; it untangles the theories, tactics and dissimulations that allowed New York's architects to establish the desires of Manhattan's collective unconscious as realities in the Grid. It proves above all, that Manhattan has been, from the beginning, devoted to the most rational, efficient and utilitarian pursuit of the irrational. In this vision Coney Island becomes an embryonic Manhattan, testbed of a Technology of the Fantastic, the Skyscraper a self-contained universe, Manhattan a man-made archipelago of architectural islands, Rockefeller Center the first and last fragment of a definitive Manhattan. The decline of this movement sets in with the European Modernist Blitzkrieg unleashed by Le Corbusier in the mid-thirties. An appendix presents a series of projects that announce the 'second coming' of Manhattanism, this time as an explicit doctrine that can claim its place among contemporary urbanisms. An impressive documentation of original materials and unpublished projects provides the evidence for this architectural manifesto, which reads, in its insistent tracing of subconscious clues and themes, like a psychological thriller.