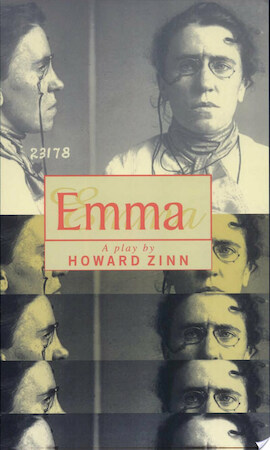 In this play, historian and playwright Howard Zinn dramatizes the life of Emma Goldman, the anarchist, feminist, and free-spirited thinker who was exiled from the United States because of her outspoken views, including her opposition to World War I.

With his wit and unique ability to illuminate history from below, Zinn reveals the life of this remarkable woman. As Zinn writes in his Introduction, Emma Godman "seemed to be tireless as she traveled the country, lecturing to large audiences everywhere, on birth control ("A woman should decide for herself"), on the falsity of marriage as an institution ("Marriage has nothing to do with love"), on patriotism ("the last refuge of a scoundrel") on free love ("What is love if not free?") and also on the drama, including Shaw, Ibsen, and Strindberg. This book will be of immense interest to feminists, American historians, and people interested in the long history of resistance and protest in the United States.

Howard Zinn is professor emeritus at Boston University. He is the author of the classic A People's History of the United States. A television adaptation of the book is currently being co-produced by Matt Damon, Ben Affleck, and Chris Moore for HBO. Zinn has received the Lannan Foundation Literary Award for Nonfiction and the Eugene V. Debs award for his writing and political activism. Zinn is the author of the internationally acclaimed play Marx in Soho, which has been touring the country in performance since its release.