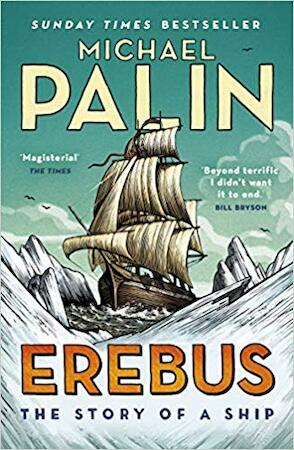 Erebus: the story of a ship

HMS Erebus was one of the great exploring ships, a veteran of groundbreaking expeditions to the ends of the Earth.

Michael Palin - Monty Python star and television globetrotter - brings the remarkable Erebus back to life, following it from its launch in 1826 to the epic voyages of discovery that led to glory in the Antarctic and to ultimate catastrophe in the Arctic.

The ship was filled with fascinating people: the dashing and popular James Clark Ross, who charted much of the 'Great Southern Barrier'; the troubled John Franklin, whose chequered career culminated in the Erebus's final, disastrous expedition; and the eager Joseph Dalton Hooker, a brilliant naturalist - when he wasn't shooting the local wildlife dead.

Vividly recounting the experiences of the men who first set foot on Antarctica's Victoria Land, and those who, just a few years later, froze to death one by one in the Arctic ice, beyond the reach of desperate rescue missions, Erebus is a wonderfully evocative account of a truly extraordinary adventure, brought to life by a master explorer and storyteller.

"Erebus: the story of a ship" is ook verkrijgbaar als