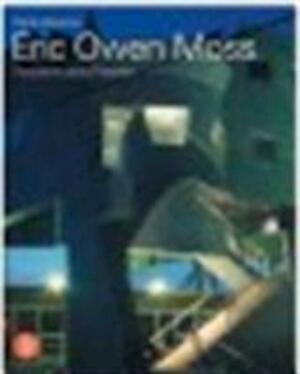 the uncertainty of doing

During the last decade Eric Owen Moss built a critical fortune with a series of elaborations of the de-constructivist theories of the 1990s. Considered one of the most innovative North American architects working today, Eric Owen Moss is known for reinventing spaces for commercial uses and performing arts facilities. Moss plans have breathed new life into marginal urban Los Angeles areas such as his celebrated sequence of buildings in Culver City's Hayden Tract.This monograph features 250 illustrations-including the Wedgewood Holly Complex, the Beehive and the Box.  Eric Owen Moss opened his office in Los Angeles in 1973. In addition to practicing, he has held professorial chairs at Yale, Harvard, and his current position is at the Southern California Institute of Architecture.