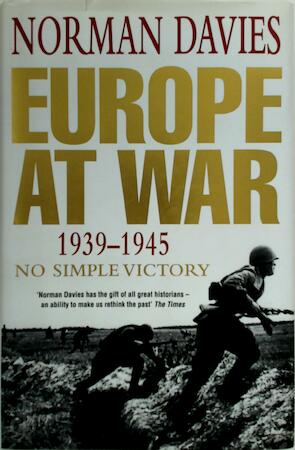 The conventional narrative of the Second World War is well known: after six years of brutal fighting on land, sea and in the air, the Allied Powers prevailed and the Nazi regime was defeated. But as in so many things, the truth is somewhat different. Bringing a fresh eye to bear on a story we think we know, Norman Davies.Davies forces us to look again at those six years and to discard the usual narrative of Allied good versus Nazi evil, reminding us that the war in Europe was dominated by two evil monsters - Hitler and Stalin - whose fight for supremacy consumed the best people in Germany and in the USSR. The outcome of the war was at best ambiguous, the victory of the West was only partial, its moral reputation severely tarnished and, for the greater part of the continent of Europe, 'liberation' was only the beginning of more than fifty years of totalitarian oppression.