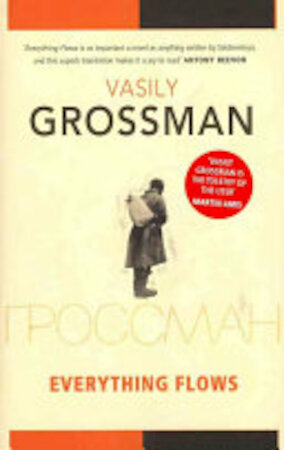 Everything Flows is Vasily Grossman's final testament, written after the Soviet authorities suppressed his epic Life and Fate.

Ivan Grigoryevich has been in the Gulag for thirty years. Released after Stalin's death, he finds that the years of terror have imposed a collective moral slavery. He must struggle to find a place for himself in an unfamiliar world. But in a novel that seeks to take in the whole tragedy of Soviet history, Ivan's story is only one among many - Grossman had too much to say, and too short a time to live, to concern himself with conventional novel-writing.

Thus we also hear about Ivan's cousin, Nikolay, a scientist who never let his conscience interfere with his career, and Pinegin, the informer who had Ivan sent to the camps. Then comes a series of informers, each making excuses for their inexcusable deeds - inexcusable and yet, they plead, in Stalinist Russia understandable, almost unavoidable. And at the core of the book, we find the story of Anna Sergeyevna, Ivan's lover, who tells of her involvement as an activist in the Terror famine of 1932-3, which led to the deaths of three to five million Ukrainian peasants.

Everything Flows is an unbearably lucid novel about human suffering from one of the giants of twentieth-century literature.