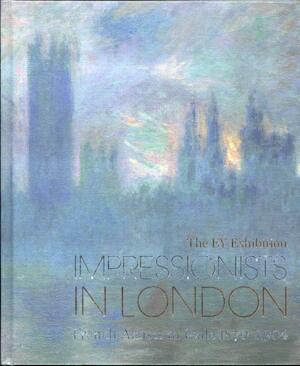 The EY Exhibition: Impressionists in London: French Artists in Exile charts the story of the French artists who took refuge in London during and after the devastating Franco-Prussian War and the Paris Commune. Following these traumatic events there was a creative flourishing in London as the exiles responded to British culture and social life - regattas, processions, parks, and of course the Thames. Many artists returned to France after the Entente Cordiale in 1904, which in the case of the impressionists in general and Monet in particular, marked the culmination of an artistic project initiated in exile. New texts from a range of leading writers draw out key figures and events from this remarkable period, revealing the artists' connections with patrons, art dealers and British artists, and considering both the contribution they made to British art and art education and the impact their cross-Channel experiences had on French art. Lavishly illustrated throughout with over 170 beautiful works (including drawing and sculpture as well as painting), this significant and timely book shows us London seen through French eyes and illuminates a key period in this enduringly popular movement.